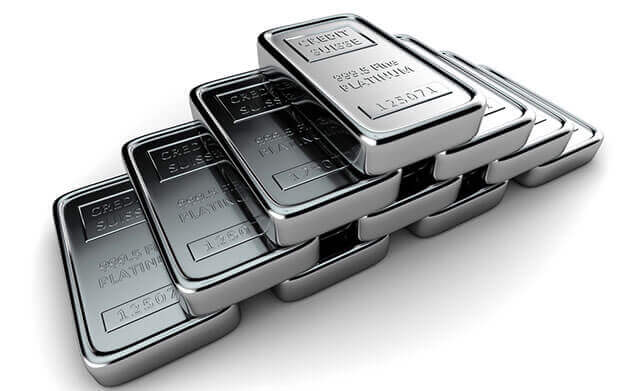 Occasionally I sway away from high income yielding investments such as preferred stocks and Master Limited Partnerships (MLPs) and buy something when the value dynamic seems off and ripe for a correction to fair value. Read the following for why you should consider platinum as an investment for your portfolio.

The main observation is that throughout most of history, platinum has traded at a substantial premium to all of the other precious metals such as gold, palladium and, of course, silver due to its extreme rarity and concentration of mines in only two countries, South Africa and Russia. It has been said that all of the platinum ever mined in the history of civilization would only cover your ankles in an Olympic sized swimming pool. Credit card companies refer to their premier cards as a “Platinum Card” and the music industry’s top honor is a record that “went Platinum” after selling 1 million albums.

For the last few years, however, this relationship has inverted and it is now cheaper than both gold and palladium and trading near its lowest multiple to silver.  There are of course several reasons for the weakness in its price, but sometimes the dynamic goes too far, just like a stock can get oversold or overbought.

Often, when extremes like these are reached in financial markets, it is usually about the time that reversion to the mean kicks in and the relationship begins to reverse.

On a weekly data series from 1987, platinum is currently priced relative to gold in the 3rd percentile showing that its relative valuation is quite unusual and only about 3% of the time in the past has gold been this much more valuable than platinum. Relative to palladium, the ratio is in the 0th percentile, meaning that platinum has never been this cheap relative to palladium in its history. This of course is because the price of palladium has exploded higher in the last year, making it more valuable than platinum or even gold. For silver, it’s in the 14th percentile indicating that platinum is cheap relative to silver, but not to the extremes that gold and palladium is.

Of course, relative valuation is not the only reason why I see platinum as a buy. The relative value of a VCR player continued to decline to zero relative to BluRay players. But it is a good starting point to show how cheap it is relative to its history when compared to the other metals.

How Low Can It Go?

There is a theoretical floor on how low the price of platinum can go, at least in the short term, since it costs about $834 an ounce to produce with labor, fuel and electricity. If the price drops below this amount, mines can shut down since it is no longer profitable to produce, which will reduce supply and put upward pressure on the price. Over the last several years platinum has been basing around this level and only briefly going below it before bouncing right back up again.

Platinum has two main uses, jewelry (35%) and catalytic converters on automobiles (38%), also known as Autocats. The rest is various chemical, electrical and medical uses, in addition to investment.

Platinum and palladium are generally seen as substitutes for one another in gasoline engines [Platinum Metals Rev., 2007, 51, (3), 162], so the main thesis is that platinum will start to replace palladium in Autocats since palladium is more than twice the price.

Palladium’s usage in Autocats was not how it has always been. Before the switch over to palladium, platinum was the metal of choice. Palladium wasn’t eligible for catalytic converters until the late 1980s because palladium reacts with lead and leaded gasoline was still widely used around the country at the time. Lead was added to gasoline since the 1920s to boost octane levels, which reduced engine knocking.

Ford released its first palladium catalytic converter for the California market in 1989 [(Automotive exhaust catalysis, Journal of Catalysis, H.S. Gandhi et al 2003) yes I actually read this paper on this Saturday evening – what a nerd!], just before California banned leaded gasoline in 1992. It was banned in the rest of the country by 1995, opening up the floodgates to use the much cheaper palladium in all Autocats for gasoline engine cars sold in the country.

Diesel engines use primarily platinum due to the chemistry related to the amount of oxygen from diesel fuel ignition. Diesel cars are still predominantly a European phenomenon since about 53% of their cars are of the type versus 1% in the US. Although this dynamic has changed a bit even in Europe since Volkswagen was caught cheating in their emissions scandal a few years back and they were found to not be as green as advertised.

But since palladium has been more expensive than platinum for about two years now, why haven’t automakers switched over to platinum? Well for one, it would take some engineering time to develop a new Autocat with the chemistry of modern cars, it would have to be recertified by the government and it takes several years to retool. It’s also only a small part of the cost of a car (some estimate less than $1000), so automakers wouldn’t want to make a large investment only for the relationship to revert once again. But now with the price to palladium being double you can be assured that they are looking into it to save on manufacturing costs.

Furthermore, there is a real supply shock aspect to platinum that can lead to temporary price shocks. The mines in South Africa that make up the bulk of world production (75%) frequently have problems that cause shut downs. Some years it is labor disputes and riots, but lately it has been flooding. These supply shocks have resulted in temporary sharp increases in the price of platinum and it only seems like a matter of time before another catalyst emerges.

Now of course, it is not all good news for the platinum story. I want to provide a balanced story here without putting my finger on the scale.

The first is the ascent of electric vehicles. This is less of a concern in the near term, since EV cars only represent about 4% of the global auto market currently and they are more expensive to manufacture and purchase. Much of the cost of a Tesla in the United States and in other countries is subsidized by the taxpayer. Early on, buyers received a full $7,500 in federal subsidies for buying a fully electric car.

It was phased out and expired at the end of the last year, but certain states still offer incentives. Even China reduced its subsidies in 2019. With the buyer now paying full freight for the cost of the electric car, only die hard environmentalists will not overlook the fact that they can buy a car for $7,500 cheaper and use those savings over the next decade in gasoline costs.

In the near term, petro automobile engines will continue to grow in developing countries due to the cost relative to EVs and less reliable power grids.

Plus we know that world demand for gasoline engines are still robust from the fact that palladium has been skyrocketing and palladium basically only has one industrial use.

Even with Chinese car sales slumping the last few years, this is still tens of millions of cars being sold annually, and for a country with over a billion people that is rapidly urbanizing, there is still a lot of growth left in the market.

More advanced electric cars of the future that use fuel cells might rely on platinum catalysts since that is currently the technology of today. However, there is research that has found that platinum can be reduced by 90%, so it is questionable if fuel cells of the future will use much platinum at all. Research performed in the lab often varies greatly from real world conditions, however.

And what if they invent a way to not use metals at all in Autocats? Well that has already happened through research from Honda. The Noxicat that doesn’t require precious metals to function. But the question is why this technology has existed for a number of years but hasn’t been put into production? Perhaps the licensing fee is too great? Or perhaps real world testing has established that it doesn’t work in the real world as in the laboratory.

Cultural Affinities for Platinum as Jewelry

One of the other major uses of platinum is jewelry and that has some problems.

Chinese and Indian cultures love gold and don’t have the same cultural affiliations that they do with platinum. Platinum purchases by the Chinese have been on the decline in recent years.

Part of platinum’s appeal as jewelry has waned with the price decrease. While now more affordable for less affluent customers, jewelry is a bit of a Giffen good, in that the more expensive and exclusive it is, the more appealing it is. With platinum’s price being cheaper than gold and palladium, some may choose a more expensive metal to have a higher perceived value or quality, creating a feedback loop.

And finally, if interest rates resume the upward march, the dollar will strengthen and all commodities priced in dollars will decline without offsetting supply and demand influences. As of April, this seems like a very far off scenario with the world crisis having a major impact.

How to Buy Platinum

You can buy platinum directly on the stock exchange under the ticker PPLT. This ETF holds physical platinum bullion. There is slight amount of credit risk in that you have to trust the trust that buys it, and the trust can potentially trade at a premium or discount to what they actually own. These are likely small risks. The PPLT trust charges 0.60% a year, so your investment is declining a little bit each year you hold it.

Or you can buy platinum equities where their business is mining platinum metal. Some examples of platinum mining stocks are Impala Platinum Holdings Limited (IMPUY), Platinum Group Metals Ltd. (PLG), Anglo American Platinum Limited (ANGPY). Both PPLT and platinum group metals stocks can be purchased in IRAs and brokerage eligible retirement accounts. Of course, you have to evaluate whether the business is being well run or has any additional risks other than supply and demand of the metal.

Platinum futures are an option for more advanced investors.

Alternatively, you can buy platinum bullion from various bullion or coin dealers online.

The Best Way to Invest in Platinum: Bullion

There are several benefits of platinum bullion:

As a parting point, and not so much an investment reason, platinum has a particular cool factor to it. Since it is one of the densest atoms in the periodic table, feeling the surprising weight of a little bar in your hand is a bit unique. It is quite different than, say, cryptocurrencies which you cannot physically possess at all.

Disclosure: I own platinum because I eat my own cooking.

Offers a FREE analysis of allocation, diversification and fees for your 401k and IRA accounts and provides a new recommended allocation.

Offers a completely FREE Health Savings Account (HSA) and commission free investing. HSAs have been one of the biggest fee grabs since they were created so I am glad to have found this.

Get automatic updates with few emails. 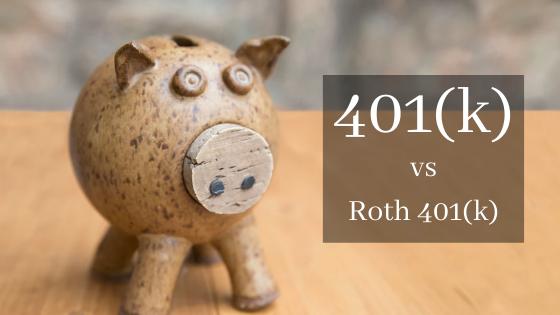 Regular 401k & IRA: The Undeniable Math To Avoid The Roth 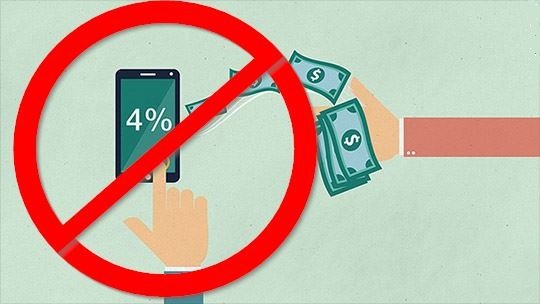 4% of $1 Million To Retire Early? Read The Unpopular Truth 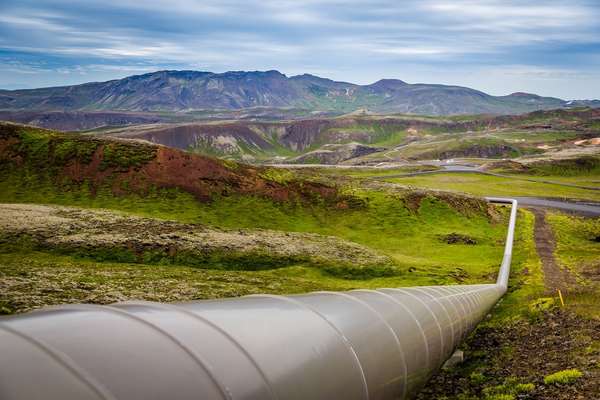 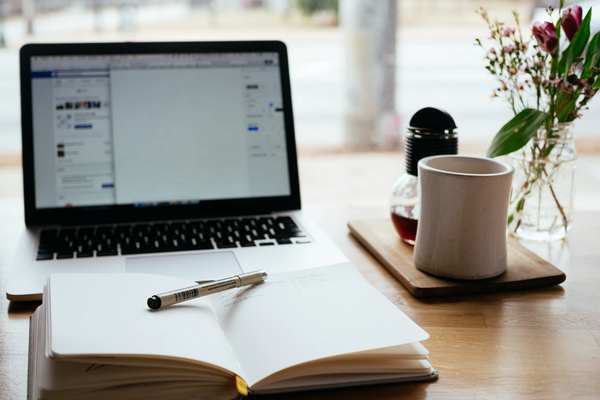 7 Online Business Ideas & Critiques To Save You Time & Money 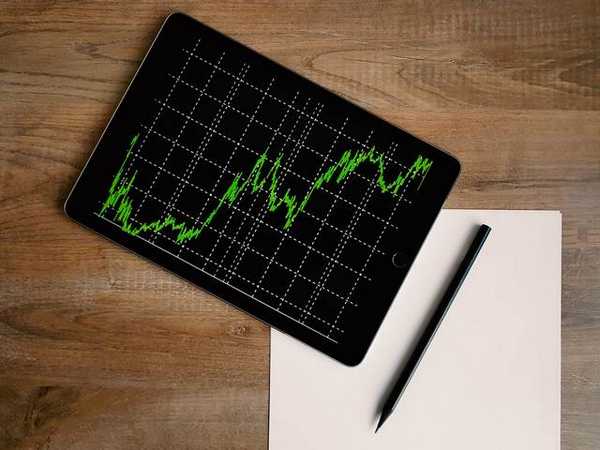 Covered Call Strategy For Income: Avoid For These 4 Reasons

This page may contain affiliate links; As an Amazon Associate I earn from qualifying purchases, for example. Read more about this on the FTC page. 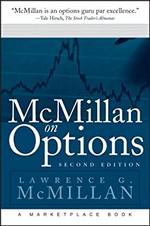 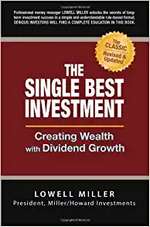 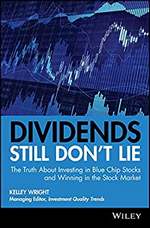 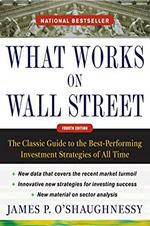 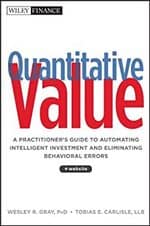 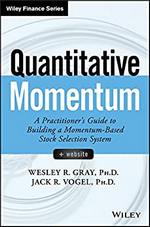 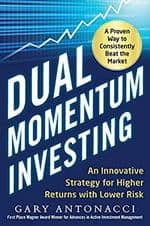 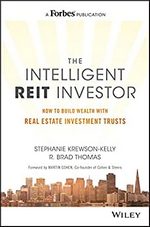 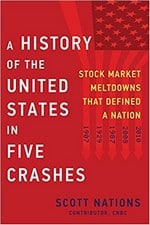 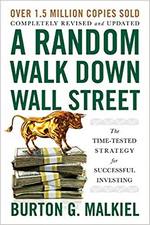 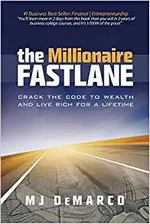 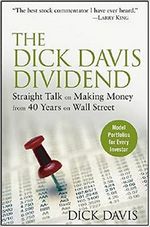